She shunned the red dress code and wore a sumptuous cobalt blue jacket.

But it was Leona Lewis’s hair that really stood out as she attended the Go Red For Women & The Heart Truth Red Dress Collection.

The singer attended the show as part of the Mercedes-Benz Fashion Week at New York’s Lincoln Center on Thursday. 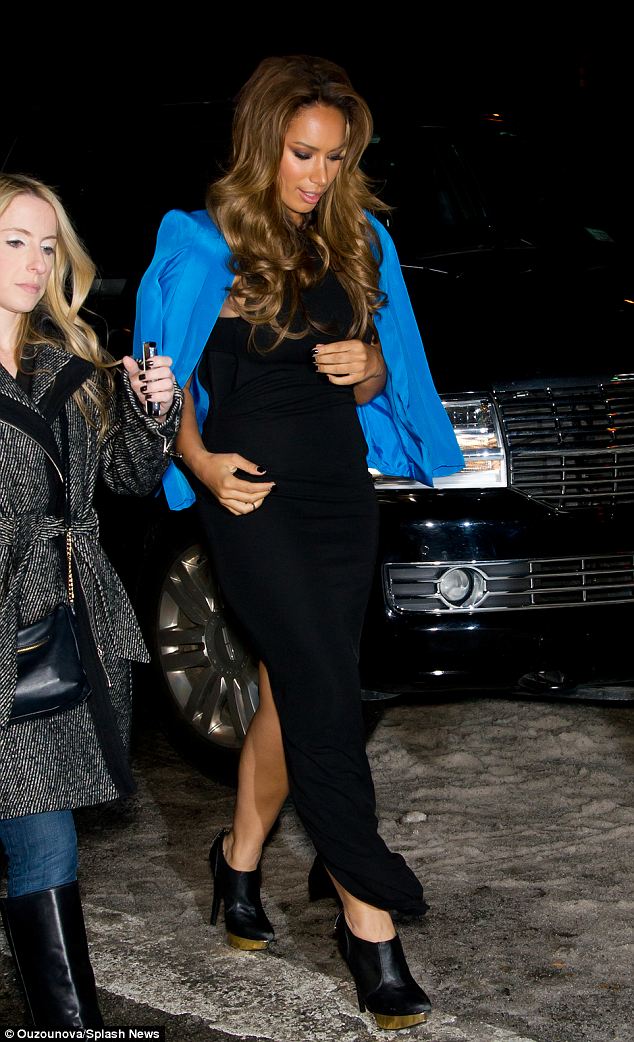 Leona made a statement of her chestnut brown locks by styling her hair into dramatic, cascading waves.

Evidently keen to make an impact, she wrote on Twitter on the day of the event: ‘Whatever you are, be a magnificent one.’

The star also made an impression with her outfit, wearing a silk jacket in a vibrant blue, which was worn over her shoulders as a cape. 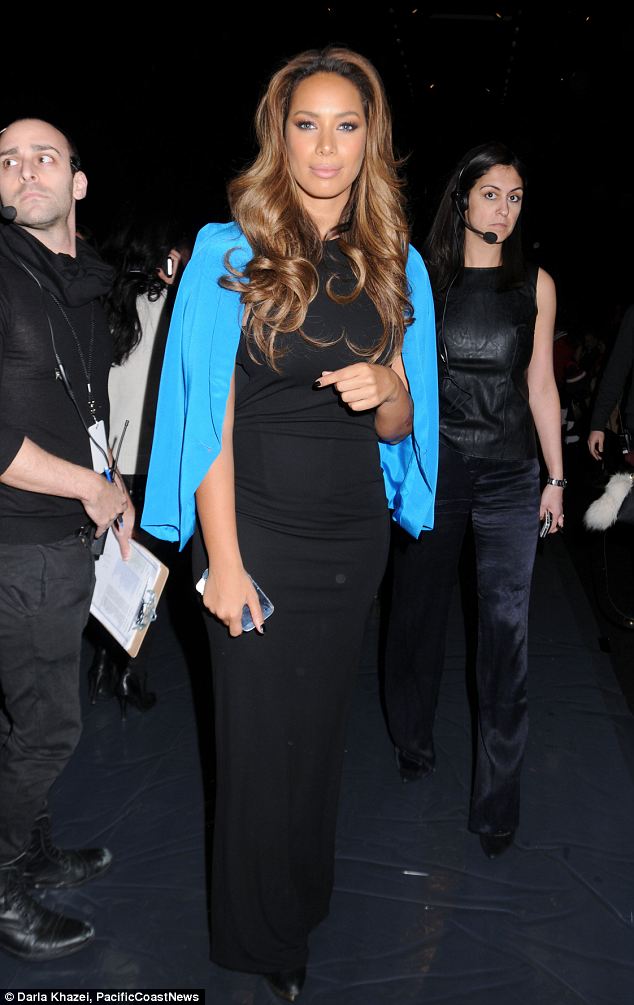 She kept the rest of her look understated, wearing a black, thigh-split maxi dress and clog-style heels.

She went for a simple makeup look with a nude lip colour and a sweep of peach eyeshadow to emphasise her green eyes.

The Go Red For Women & The Heart Truth Red Dress Collection is held as part of American Heart Month. 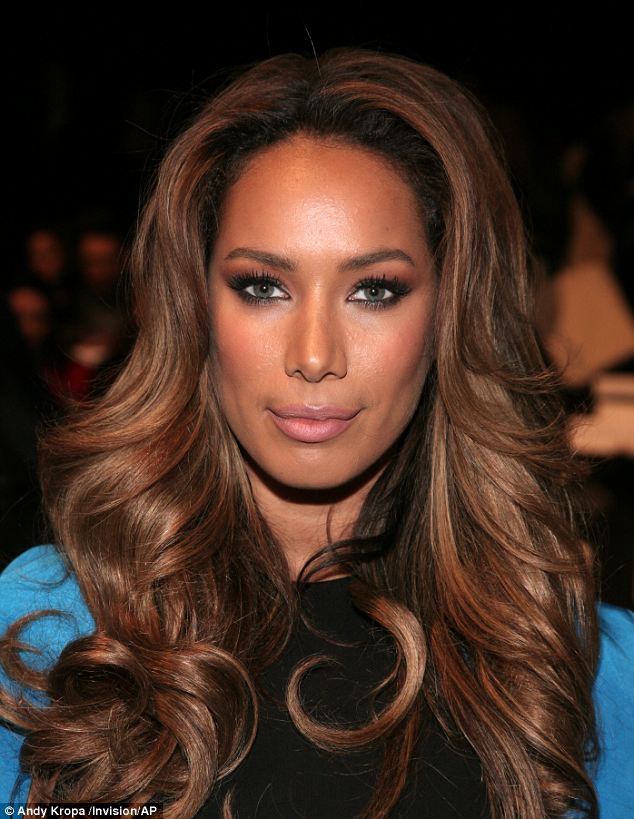 Cascading curls: Leona made an impact with her voluminous hair while she kept her makeup simple

The event, in association with the National Heart, Lung and Blood Institute and the American Heart Association, helps support a campaign of awareness about heart disease in women.

The Red Dress  was introduced as the US national symbol for women and heart disease awareness in 2002.

Meanwhile, Leona is set to make her film debut, musical Walking on Sunshine, released in June 13. 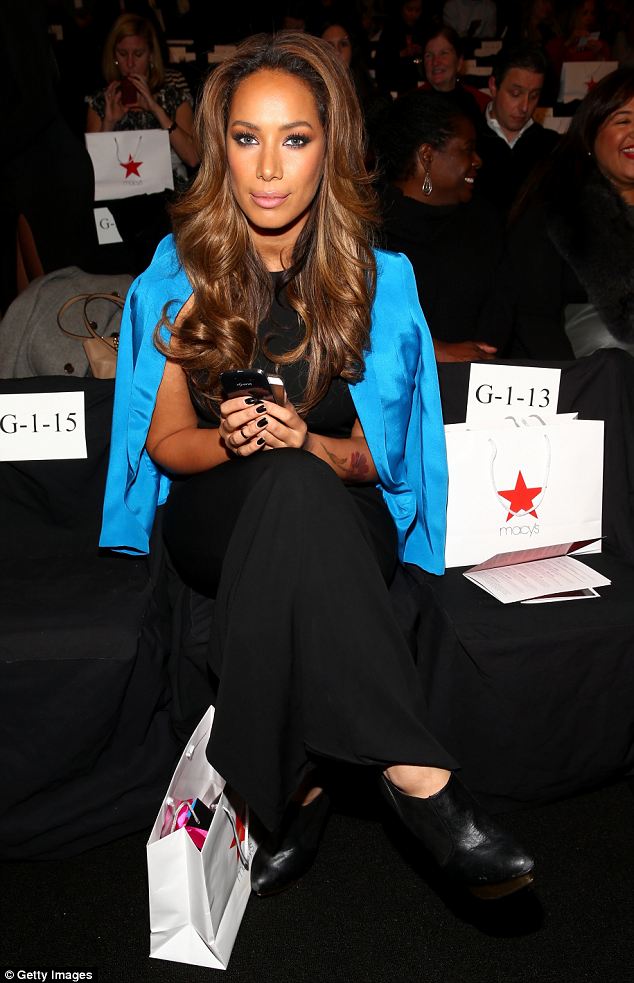 Watching the action: Leona crossed her legs as she sat back and enjoyed the fashion show

Leona stars alongside Greg Wise and Katy Brand in the film, which features features popular songs from the 1980s.

She told Digital Spy of the casting: ‘It was something that just came along really, really quickly and this year my intention was to get refocused and re-inspired and it was perfect timing,

‘I have done a lot of theatre work before, but it was quite a few years ago so getting back into that was kind of scary.’

Is the “self” separate from the world in Africa?

10 Interesting Facts About Africa That Will Amaze You: Check Number 1

Is Nene Leakes Reconciling With Her Husband?

Africa A Country Or A Continent!