A technical glitch left some unable to watch the Grammy Awards on Monday night.

Many took to social media to complain about what happened, and lash out at the network.

CBS however said the incident only affected a few people and was quickly fixed. 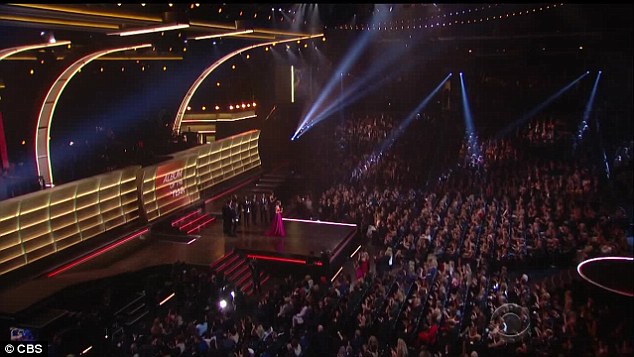 Glitches: The CBS livestream was not working for some at the start of the Grammy Awards

'That issue has since been resolved and all users are back online,' said a spokesperson for CBS Interactive.

Despite this, many were still complaining about getting on the livestream during the show.

'Not watching the Grammys cause I don't have cable and the @CBS livestream isn't working,' wrote one Twitter user.

Another angry viewer said; 'And now CBS shutdown the livestream that was on YouTube. So now there's zero ways to watch the Grammys.'

Unauthorized streams that popped up seemed to quickly be shit down by CBS despite these ongoing problems.

It is a bit of a surprise considering how well CBS' livestream went during last week's Super Bowl.

The network reported soon after that they had a recordbreaking 3.96million unique users for the event.

Nothing beats a hot bowl of creamy, ooey gooey mac & cheese? Nothing! Say goodbye to that yellow dust, and hello to Velveeta! INGREDIENTS YIELDS 8-10 SERVINGS 16

All main courses need their side dish, and what better to compliment a soulful meal than these warm doughy biscuits that remind you of childhood?

The largest African country is which one?

What is the largest lake in Africa?

The 10 Oldest Presidents In Africa

Do traditional healers or witch doctors still exist in Africa?